DOLLAR STORE DINOSAUR(Before and after)!!

Here is a brief look at a before and after I did recently of a small dinosaur I purchased at the dollar store. (If anyone is not familiar with this it's a store that only sells items for a dollar). It's cheap and I think it makes a great prop for many different projects!
Here is the original image: 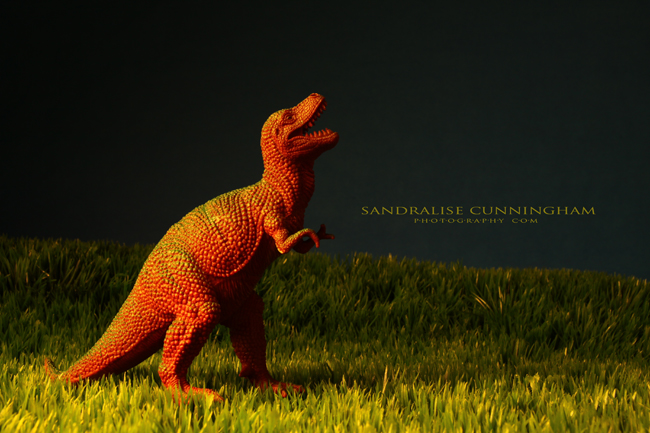 (1) It was shot on some fake grass with a black background. (2) I changed the image from a horizontal image to vertical and added clouds in a luminosity blending mode set at 100%. (3)I then added some mountains above the sky in a soft light blending mode set at 100%. (5) A couple of grungy textures with scratches in an overlay mode set to about 40%.
(4) For fun some bird and tree brushes were added to give movement, depth  and drama to the final image.
And finally a slight radial blur was done at the end to add some quirkiness to the final feeling and look of the image! 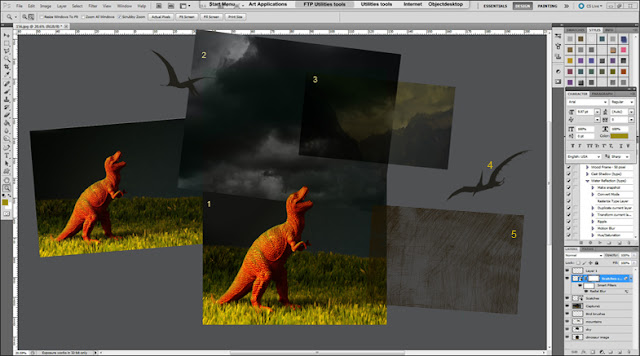 That's it and here is the finished Image with two variations! :) 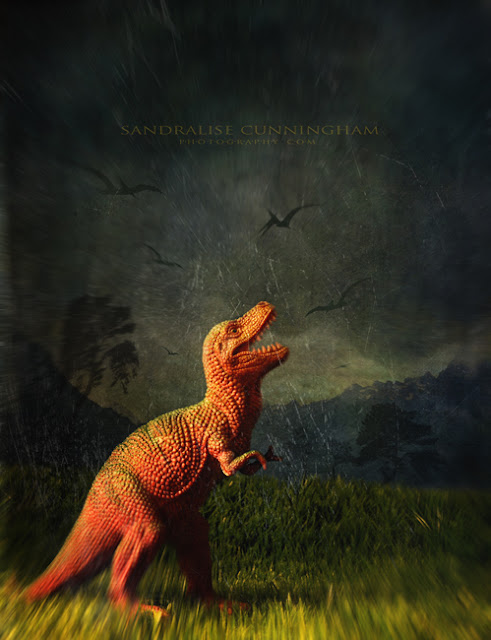 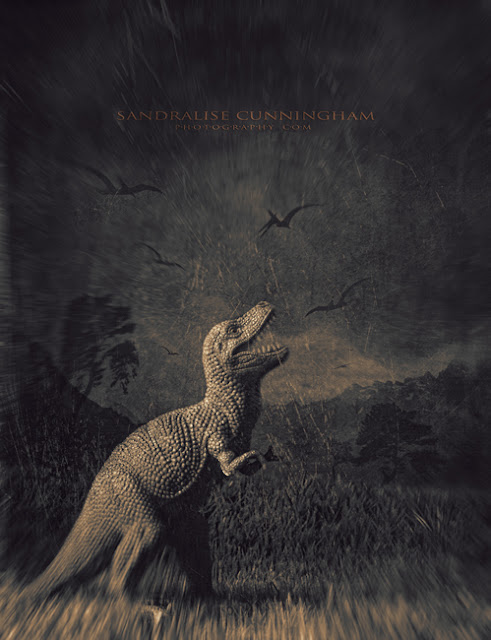 MY IMAGES ARE AVAILABLE AT...

You can purchase my work at Fine Art America.com

Buy my work at ArtFlakes.com